Searching Now Influenced By Your Friends

What your friends and family do on the Internet will soon shape the results Google gives you. Here’s why that’s bad. 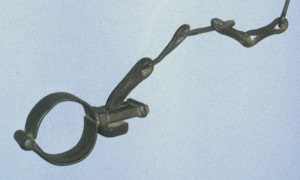 Do yourself a big usability favor today. Have a friend or relative who is not connected to your business subscribe to your blog or newsletter or other piece of push content while you’re on the phone.  Ask them to narrate what they’re doing and take careful, fast notes.  Record with a little digital recorder if they’ll let you. Now have them immediately unsubscribe and talk through the process.

You’re listening for non-verbals, sighs and other sounds of frustration. This is your friend.  Imagine someone you don’t know.  Learn where your pain points are and fix them now.

I had two experiences recently that were opposite ends of the spectrum.  In the first case, I tried a version of a music library called Songbird.  It was nice enough, but didn’t present enough differentiation for me to switch.  Uninstalling was pleasant, and the company’s automation hit all the right tones.

Later in the day, I tried to unsubscribe from a newsletter that someone had subscribed me to after we were introduced in email.   I didn’t ask this person to start spamming me so they broke Seth Godin’s first rules of permission marketing.  What made the situation worse was the form I was driven to when I unsubscribed. The fields asking me why I was unsubscribing were required! Now I was not only miffed that the company was spamming me from a “no-reply” email address, but actually had the chutzpah to force a survey at me.   Do you really think the results they get will be valuable?

Test your subscription process now.  Make it painless, without any friction.  If you like, ask someone to scroll down once they’re unsubscribed and answer 10 seconds of questions.  They’re moving on.  If you can find out why, great, but don’t blow up a bridge that has already been burned.

This is how microtargeting works and why the best continue to earn great profits. Amazon (AMZN) is that e-commerce company that continually launched and refined until it assumed a position in worldwide retail, not just e-commerce.

Pundits scoffed at the free shipping for $25 offer until data showed that incremental purchases and lifetime value paid for the shipping.  Skeptics scoffed again when the company said it would deliver millions of Harry Potter books on each book’s drop date, but the company made it happen and secured millions of pre-orders.  And even more skeptics derided the notion of Amazon Prime, the $75 fee that provides free two day shipping and low cost 1 day shipping for a $75 annual membership fee.

I’m in my third or fourth year of Amazon Prime membership so I can’t scoff too much at that one. Now here’s the gamble that underscores how a company doing its research can create amazing sales lift. TechCrunch is reporting that Amazon has a 30 day money back guarantee on its Kindle e-book reader with shoppers allowed to keep the Kindle even if they get their money back. Before you go running off to burn Amazon for a free Kindle, the offer is only available to certain customers.  I didn’t get one, and I’ve spent thousands at Amazon over the years.   Smart money says that Amazon is screening demographics, buying characteristics and web analytics for prolific buyers with the goal of getting more Kindles into circulation. Some people will get a free Kindle.  More will buy the Kindle, like it, goose sales of e-books and influence others, maybe even become evangelists.

The lesson is that being rigid about your analytics and metrics allows you to be an aggressive marketplace.  About seven years ago, I created Carfax’s BuyBack Guarantee program.  That was an aggressive program too that essentially promised that the data company would buy any vehicle if a Carfax report had been purchased and a problem title was later found on the vehicle. The marketing team loved it.  The CEO loved it.  The money people, the insurance people, even some of the data people were a wee bit skeptical.  But I had enough data to overcome Board objections, to convince the insurance people and to roll to market.   Our agency even recut our ads to tag the new program at the end of each spot. I just checked their site and the program is still active, just like Amazon’s $25 free shipping program is interwoven into that company’s brand promise. The whole thing starts with data.  If you don’t understand all of your data, you can’t be aggressive and profitable.