10 Second Takeaway: Half of all searches will be by voice or image within four years according to tech guru Mary Meeker. But there is a growing trend for alternative search sites that can’t be ignored either. Search is still Google’s game, but Google alone is no longer the only path to search prominence or profit. 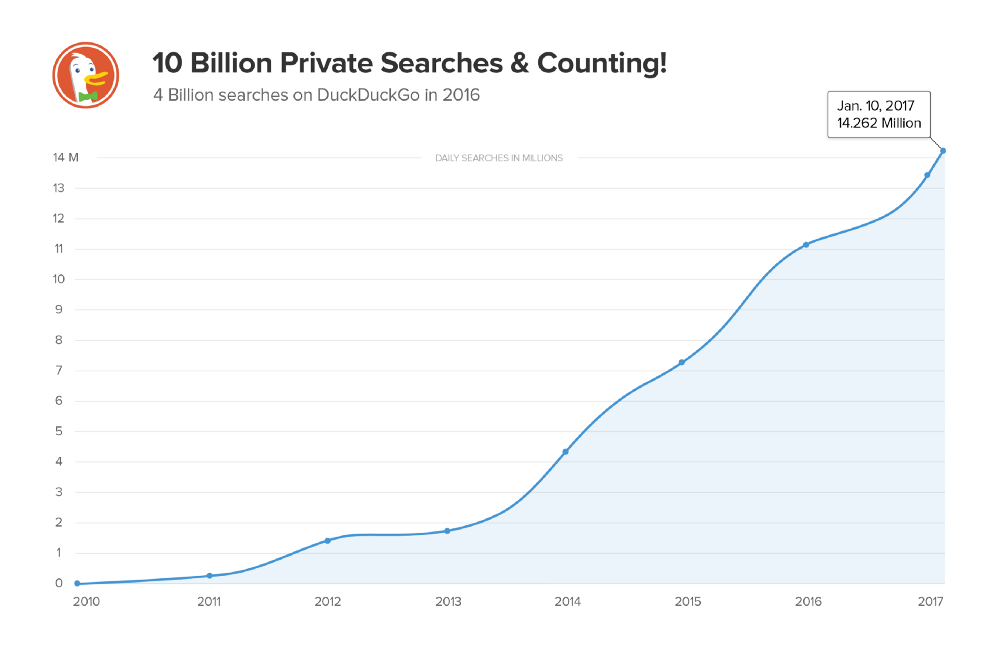 Google’s continuing dominance in search is based in part on the phones people carry with them even though people often ask about search competitors. The desktop search market continues to attract competitors, but no company is remotely close to Google’s dominance in mobile search. More than 90% of all searches on mobile devices happen on Google properties. But new entrants are again threatening the desktop market since Yahoo’s collapse.

DuckDuckGo prides itself on offering anonymous searches and claims to have served four billion searches in 2016. That’s a big number, but still only a little more than Google’s daily output. Still, more than 10 million searches a day starts creating an interesting site.

Privacy is also the benefit touted by French search engine Qwant. The company is hoping its mix of search and curated material plus being embedded in some European versions of the Firefox browser will help it score against Google. Qwant says that 21 million people in 30 countries are using the service and that search results are the same for everyone worldwide.

Our Take: Meeker’s point is well made. If there will be a significant change in search, the time is likely to be around a shift in devices. No one has made a serious play for Google’s mobile market share. Meanwhile, the search giant’s trust numbers are way up. Nearly half of Gen Y respondents would consider banking with either Google or Amazon according to a recent Accenture study. (opens PDF)

Chinese smartphone company Meitu is a privacy nightmare according to some well-respected industry watchers. The company’s photo filter app was popular in China, but only averaged a few hundred downloads in the US daily according to ReCode. That changed this week when the app began to be downloaded 100,000 times per day in America.

Some experts say that the phone collects personal information as well as GPS, calendar, and other data.

Our Take: Plenty of apps get too much information already. Until the industry vets this newly popular app, it’s probably best to use something more established. Android Authority published this list several weeks ago. iPhone users can consult this list at Cult of Mac.