You’ve probably read too many articles about Amazon buying Whole Foods by now. It’s a big deal for many reasons.

But Walmart is continuing to fight back with its own ecommerce purchases as we’ve told you all year. This discounter bought Bonobos for $310 million on Friday, one day after Amazon’s splashy move. Walmart has now made 6 major acquisitions in the last 10 months, including stylish fashion retailer Modcloth and Moosejaw, makers of Patagonia and North Face.

Walmart will not cede the US ecommerce market to Amazon without a costly fight for both.

Walmart and the major consumer tech companies are holding on to more than $500 billion in cash. About half of that amount belongs to Apple–a whopping $256 billion. Apple has been linked to every company imaginable from Disney and Netflix to Tesla. But don’t count out the others. Microsoft  has $126 billion in cash, Google has $92 billion, and Walmart still has $85 billion.

If your organization has a website, you need to pay attention now to how it displays on mobile devices and to the website’s speed.

Google’s switch from a desktop-based index of websites to a mobile-based index is reportedly now delayed until 2018. That means your developers only have to work very hard and fast instead of sleeping at the office. This is important stuff. Get it wrong and your website’s traffic will drop.

Google also announced this week that it will resume letting the search community know when “major” changes are made to its ranking formula. Such changes happened a few times a year a decade ago and are now done multiple times each day. Google didn’t define what creates a major change, but did say that they won’t share details on the 800+ changes it makes.

In a surprising peek behind the curtains, we learned this week that Google will use a website’s speed “as a tiebreaker” when two sites qualify for the same ranking. That news came courtesy of Googler Gary Ilyes speaking at a search conference last week and was reported by Jennifer Slegg of The SEM Post. 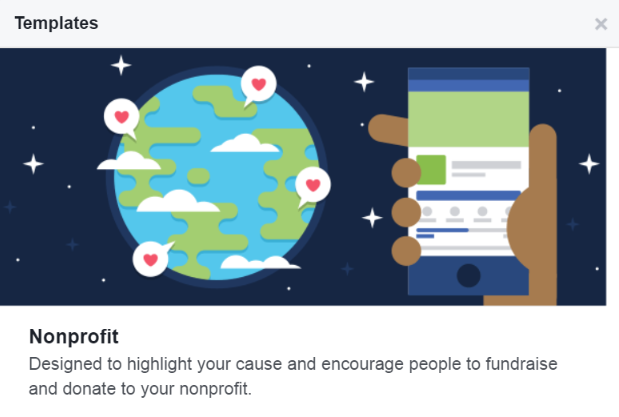 By time you read this, a new nonprofit template will be available on Facebook. Administrators and moderators have been sent email for the past several weeks about the changes.

Donations and events have a much bigger presence on the template. The key thing to remember is that just as people visit other pages on your website instead of your homepage, they also interact with your content on Facebook without visiting your organization’s page.

Having everything look good and be accurate is important. Creating content that people want to read and share is much more important.

The best thing that we read all week is the BBC’s reminder that virtually all modern printers spray a pattern of dots invisible to humans on printed documents. This program has existed for more than 20 years and gained new attention when federal agents arrested Reality Winner for leaking classified information to The Intercept.