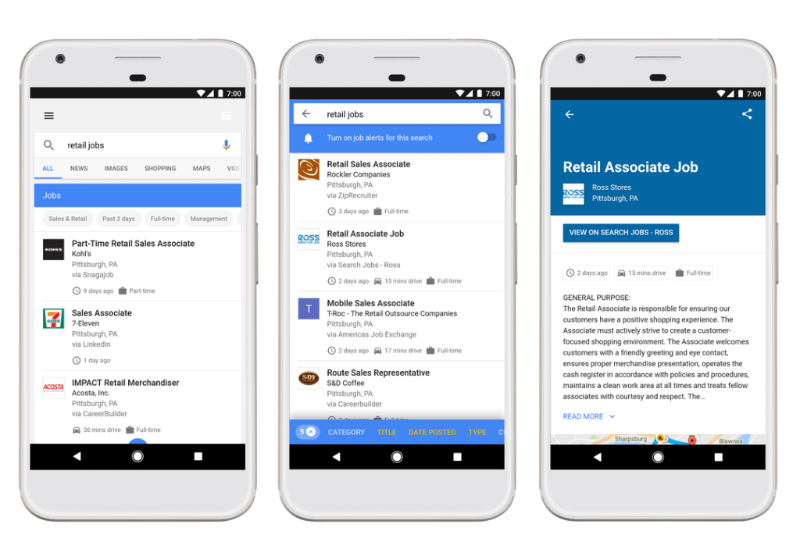 Google will now display job postings, including descriptions, from multiple job sites. The company is working with CareerBuilder, Monster, and LinkedIn, as well as smaller sites. Job seekers still have to apply for a job on those sites.

The job listings function like Google’s movie listings. Google displays the showtimes, directions and other information related to a movie. Clicking a showtime link lets a person choose a movie site from which to buy a ticket.

The big deal: people now only go to movie websites for specialty information because facts are shown directly in Google. That will probably be true for job sites. The future value proposition is likely to be some form of signing up businesses and automating their transactions for Google and Facebook.

told you several weeks ago that Amazon’s clothing initiative could disrupt fashion retail. The details are even more impressive. Prime Wardrobe is a new service that will be free for Amazon Prime members.

Amazon will send shoppers clothes to try on at home with no shipping charges. Shoppers then have seven days to return the items in the free box or pay for them.

Discounts start at 10% if 3 items are bought and reach 20% for 5 items. The program’s test starts soon–perhaps soon enough to make back-to-school shopping easy.

We also told you about Amazon’s market share of online shoe sales. Their share will climb after news broke last week that Nike will work with Amazon to sell shoes online through a special Amazon program.

The big deal: Grocery stocks are still reeling from Amazon’s purchase of Whole Foods. Analysis at Bloomberg and Recode shows that stocks for companies like Foot Locker and Dick’s Sporting Goods were hit especially hard by the Nike news. Cash-rich Internet giants now have enough buying power to disrupt any industry. 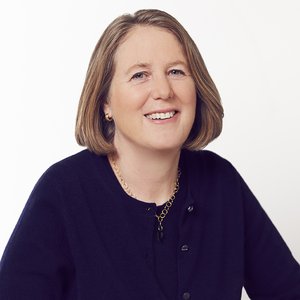 That’s a picture of Diane Green. Her job is to sell Google services, especially email and its office software suite, to businesses.

Green posted this week that “Gmail and consumer Gmail [would] closely align.” The post was blunt. No Gmail product will scan email looking for keywords on which to base ads. There will still be ads in the free version of Gmail. Those ads will be based on what Google already knows about users. And that’s a lot.

Why change now? The trade press says that Green’s business prospects didn’t get the distinction and thought that Google scanned email in all versions. Now there’s no confusion.

The big deal: Besides Gmail messages not being scanned anymore, Ad Age smartly posits that Green was able to limit Google’s ad business. That move shows the company’s growing interest in enterprise software, That’s more interesting than a keyword in email triggering an ad.