Not so fast in writing off mainstream media as you move your small business online. The graying of Facebook can continue as it soars past 400 millions and its average age nearly doubles.  More than a million iPads can be sold in days as music and books continue to be consumed in digital formats.   Cable television can continue taking viewers away from network while I remain the only person in North America without a television show on a 4 month old fledgling network. 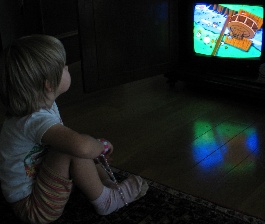 But consumers consistently prove how much mainstream media acts as a credibility enhancer for online advertising.

We had a wonderful opportunity to test this when one of the big three network’s local news operations ran a story on one of our clients in a major market.   The station is often known by a combination of its network and channel number.  Every ad we ran in every category had better CTRs and conversions no matter where we positioned the media outlet in the ad. Think about Google AdWords for a minute.  With 70 characters in the body of most text ads, using even 5 or 10 characters is a big commitment.   But in every situation and in every market segment, doing that lifted performance. Our long established baseline saw these changes:

Because this is a service business and conversion is a function of the person answering the phone, the conversion rate remained stable as did the percentage of leads generated.  The biggest change was in the number of clicks, and with the conversion percentage remaining stable, this drove profitability.

There were some regional differences and one can read all sort of demographic influence in that data.  The bottom line, however, is that using a mainstream media story as a credibility enhancer for a small business beat our baseline in 9 straight tests.

Readership, viewership and listeners may continue their decline and fragmentation, but the power of a mainstream media brand can substantially change your small business’ profitability.   If you have been covered by local media, try testing that mention in your messaging.  If you haven’t yet received local coverage, work with a local agency to find the most newsworthy story in your business.  When I talk with media professionals, they tell me the issue often isn’t finding the story, but getting the business to agree to publicize the issue.   Stay on the good side of your clients, customers and partners, but work with a pro to get some coverage and another pro to advertise that coverage.