10 Second Takeaway: Everyone, not just people who run organizations, should take a few minutes to read today’s Spotlight. Online consumer privacy protections that were due in December are now gone. Meanwhile, the world’s biggest brands are canceling their advertising on YouTube. Does that mean you should? And we’ve got some news about search optimization you won’t want to miss.

We wrote last week about YouTube’s incredible stats by age group. The video company has lost millions of dollars since then from irate advertisers with no end yet in sight.

Europe’s biggest firms began canceling advertising orders after their ads appeared by “extremist content” on YouTube according to the BBC. Banks like HSBC and RBS, along with Audi, the BBC, and L’Oreal found their ads with videos that they didn’t like. And the video producers were paid by YouTube when people clicked on the ads–meaning that the brands were subsidizing extremist groups.

The bottom dropped out a day later when Pepsi, Walmart and GM joined the advertisers. YouTube tried without luck to stem the tide with a perfunctory statement in the middle of the crisis.

Recode’s Tess Townsend forecasts the end this way:”YouTube’s ad mess gives advertisers leverage for what they really want: More data.” Google and YouTube are fanatical about controlling data about how ads perform on their sites. “What advertisers really want from YouTube is what they already get on the open web: tracking how many times an ad has been shown to a particular anonymized user; where it’s happening; and how people are interacting with the ad,” writes Townsend.

Our Take:  As certified Google Display Advertisers (our pretty certificates are here), we knew a day of reckoning was coming. Our colleague Shaun Dakin flagged the troubles as they started in the UK, and George assured him that our joint clients were covered. That’s one difference with using a hands-on, non-automated approach to ad buying. It’s a boutique approach that doesn’t scale well, but our clients know that humans instead of computer programs are buying ads. 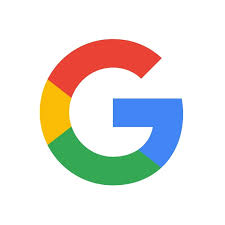 After weeks of denying a change had been made, Google now admits that a major algorithmic change has been made. In their continuing crackdown on explaining search rules to the marketplace, they won’t say WHAT changed–only that something in the Webmaster Guidelines will now be enforced more stringently. If you learn about an update mockingly called “Fred”, that’s the one.

Meanwhile, while Shaun was tracking the social media advertising landscape, Sue was discovering that the famous Yoast SEO application was reporting bad data in WordPress.

“Yoast is not telling users when their title tags are too long,” Sue wrote in an email. After investigating, we learned that this was a known bug with no ETA to fix.

Our Take: This is what happens even with great software tools like Yoast’s SEO  plugin for WordPress and Drupal. When a bug develops, it takes someone who knows the rules and how to troubleshoot them to determine that processes must change. Search and advertising can be DIY but doing so runs a risk of trusting the software instead of your knowledge.

Digital Citizen: Your Personal History Is Now For Sale Again 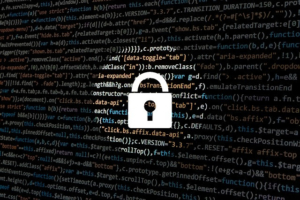 Consumer protections that were supposed to take effect in December have been stripped by Congress. Your personal broswing history is now back up for sale. And companies can merge products. Have Internet, television, and a phone with a company? They can combine all three.

Companies cannot read what is on an encrypted page (one that usually starts with https://), but they can log that you were on that website.

Here is some reference material if you’re interested in learning more: