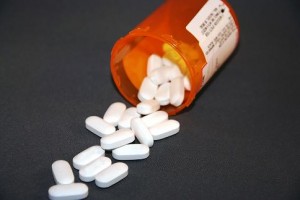 Speaking with some young entrepreneurs last week, I kept circling back to the point that thinking something was far different from knowing something. The issue for these really smart guys was how they could leverage smart analytics analysis to better understand their business. Today, they are in thinking something mode.

Also today, I believed that big pharma DTCA (direct to consumer advertising) must have at least a branding impact because big pharma is great at two things:  marketing and its lobbying sibling. I was in thinking something mode too.  Thanks to a study of DTCA pharma campaigns in the current issue of The Canadian Pharmacists Journal, I know at least one study that corroborates my assumption.  The work by Dr. Michelle van den Engh and pharmacist Lori Bonertz shows that exposure to advertising creates patients who ask more often for medications.  Some numbers that jump out at me from their study:

Pause here. Going from zero to a measurable percentage in anything is huge.  To put a number on the notion, there were about 157 million adults in the US between the ages of 18 and 55 in 2008.   If the 1.6% number in the Canadian study held for the US, the incremental number of people asking for a medicine by name grows to more than 2 million. That’s worth some advertising spend, isn’t it? The researchers’ biggest finding in my opinion is that low exposure individuals asked for a medication just under 5% of the time in the study.  Those in the high exposure group asked for a prescription medication 10.2% of the time –even if the medication wasn’t one they had seen advertised. One important takeaway from the study is that pharma DTCA effort grew direct sales and the industry as a whole.  That number is big.   Simply advertising the category helps all boats rise together sometimes even if the payoff isn’t in direct sales.