Our clients spend a lot of money relative to the size of their business advertising against national and global brands. But as a society we should only have one set of expectations and rules to enforce those expectations regarding advertising. Your individual right as a consumer to view advertising that accurately describes an offer is as sacred as any business concept. Any organization that does not adhere to that basic precept risks brand suicide and a deserved trip to bankruptcy.

But the deck is often stacked against small business advertisers. A recent decision from the U.S. Department of Transportation underscores just how much unintentional bias exists against small advertisers. The government agency fined US Airways for “violating rules that require airline price advertisements to disclose the full price consumers must pay for air transportation”. 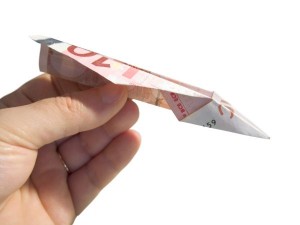 That sounds like a great victory for consumers until they realize that the fine is $40,000.  For a company like US Airways that had $1.3 billion in cash equivalents on its January 1 balance sheet, the accounting would likely call forty thousand dollars immaterial.

Here’s another question:  why is the Department of Transportation instead of the Federal Trade Commission in charge of this issue?  Transportation may know airlines, but the FTC folks know advertising. As a small businessperson, you should be aware of disparities and bias like this built into US law.  A forty thousand dollar fine will put a serious crimp on a company that generated $380,000 in revenue last year.  A company that size likely doesn’t have that much available cash. And if small business is truly one of the key elements in the United States economic engine, now is the time for government to recognize the uneven playing field in which small businesses must compete.