10 Second Takeaway: Personal assistants–also called bots, Siri, Google, or Alexa–proliferate beyond major companies, cars continue getting consumer data integrated into their computers, and Facebook’s moonshot programs now include plans for the hearing-impaired and typing without using a keyboard…or your voice. That’s far-fetched, but back in 2007, did you think self-driving cars would advance as fast as they have?  See: Blockbuster video, newspaper and book printers, cassette tape manufacturers, and typewriter makers for case studies on how fast our world can change. 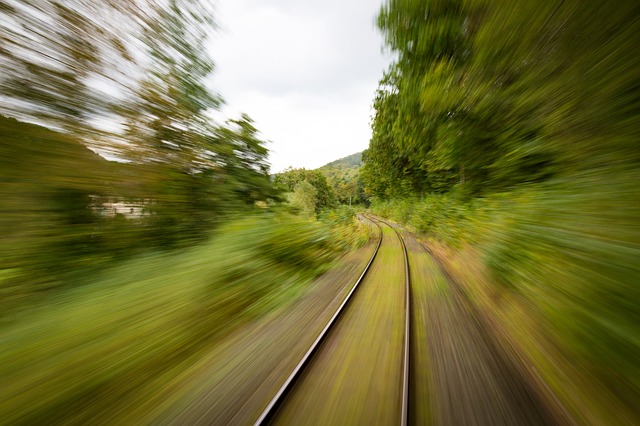 We learned this week that more than half of all pages now shown on Google are encrypted. You’ll notice that their URLs have an https prefix instead of an http prefix.That’s doubled in 15 months according to an analysis by SEO Roundtable.

Google also doubled down on privacy by confirming that its Chrome browser will soon include an ad blocking feature. Little information has been made public since the Wall Street Journal broke the story. Chrome’s US marketshare is about 48%, but there are no details about whether Google ads will be exempt. Google online ad revenue was $60 billion in 2016. The company is refusing to comment about the initiative.

Organizations with websites have also been told for years that the prominence of their website is linked to its speed.

A famous Google video years ago said that e-commerce sites would experience user dissatisfaction if page loads took longer than 2 seconds. Usability experts claim that visitors will leave a site at 10 seconds unless there is an absolutely compelling reason to stay (looking at you, my bank).

All of us want to use fast-loading websites and that knowledge combined with Google’s fanaticism about speed caused The Washington Post to stop accepting advertising from some networks that were loading too slow for Post digital staff. The Google search future looks to be volatile.

Our Take: Google announced that it might one day favor websites that used encryption but with more than half now encrypted, it is much more likely that websites that don’t encrypt their pages in the future will be penalized in some way. And Google has been insistent about speed for most of its existence. Your marketers and tech staff can – and should –  help your organization check your website’s speed with free tools from Google and add encryption inexpensively.

Spotlight on The Future

Mercedes Benz announced this week that all vehicles will now be equipped with Google Home and Amazon Alexa integration.

The integration isn’t seamless. You won’t be able to use Google or Amazon’s products without going through Mercedes’ in-car computer system. There are some fun benefits, though, including the ability to start your car with a voice command on either Google or Amazon or using their app.

Here is the current Mercedes commercial along with some famous AT&T commercials that seemed impossible when they were released 20 years ago.

Why yes, that was Tom Selleck’s voice back when he was still Magnum, P.I. 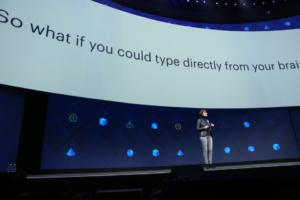 Facebook and Apple both create fantastic buzz around their annual conferences. Facebook’s F8 conference has long been required viewing for online marketers and developers. This year, the company announced moonshot programs that show that it is serious about being a multi-generational behemoth. Here is the farthest reaching project in Facebook’s own words:

We are working on a system that will let people type with their brains. Specifically, we have a goal of creating a silent speech system capable of typing 100 words per minute straight from your brain – that’s five times faster than you can type on a smartphone today.

Our Take: We work with clients on what is new and what is a current best practice for digital marketing. But many organizations–and marketers–that missed the smartphone explosion suffered for their miss. Blackberry and Kodak come to mind. We have no idea if Facebook will create a way to communicate without sound, but we’ll keep monitoring all of this, especially our new favorite: voice search. After all, people laughed at Amazon’s drone delivery concept just three years ago until Amazon, UPS, FedEx, and others began investing millions in the concept.

The dress shown on the left was sent to 50 fashion bloggers in 2015 along with a payment ranging from $1,000 to $4,000 provided that the blogger posted a picture of themselves wearing the dress with certain links. Lord & Taylor, the company behind the campaign, settled a case brought by the FTC and its advertising is now monitored by the agency.

Warner Brothers did something similar with a video game and did not even allow their influencers to disclose any bugs in the game. And home security company ADT agreed to an FTC settlement regarding testimonials from security experts that the agency says were paid advertising.

The FTC is back with a warning for organizations that use online endorsements.

You can read the 22 page PDF online or download it for reference.

Our Take: The government has been very clear for years. Internet communications made by companies connected to other companies require specific advertising disclosures. Your marketers need to be able to ensure your compliance. The link to the guide above is a start.