You may not know Bruce Nash, but if you follow sports or television, you’ve run across his work.  Nash is a juggernaut, producing dozens of books, including the “Hall of Shame” series where bite-sized vignettes mix with humor and almost no preaching.   Shame is a misnomer here because Nash looks to make people laugh in 60 seconds. 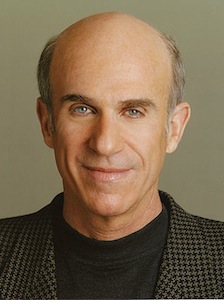 He is also a television producer who has sold shows to more networks than I’ve watched in the last week.  Fox, ESPN, NBC, TLC, Spike, ABC all picked up Nash Entertainment reality and competition shows.   Look down from your Masterpiece Theater perch because Nash keeps selling For Love or Money, Meet My Folks, Secrets of the Stars and When Good Pets Go Bed. Scoff, but with dozens of book credits and a couple of dozen television shows, he’s done more in mainstream media than the average bear, even those bears hanging around the mainstream zoo.

Someone in his field has to ask a critical question:  are we creating art with all of the attendant issues or entertainment with haughty critics deriding Secrets of the Psychics Revealed? Nash taps into American culture as it fragmented into niches.  For every blockbuster squeezed out of a narrow chute, hundreds of channels means thousands of opportunities. By focusing on things people like – sports that create passion or tabloid television or competitive television without the gloss of Survivor or Big Brother, Nash tapped right into the easy-to-consume entertainment better than anyone.

James Patterson is making it a race in fiction books and movies, but no one else is close. As I often say to folks about a music site we partner with, “How can you call [insert artist name here] a hack when you know how hard it is to make a record?” But whether we call the production by the name “genre” or other well-meaning terms, the fact is that finding a niche audience and leveraging their interests to profitability is the core of a marketer. Finding one who has done this more than Bruce Nash in so many fields of interest (and soon movies) is difficult.  His shows don’t have to appeal to you personally, but your takeaway as a small business leader is to follow Nash’s example, find passionate audiences and give them exactly what they want. They will buy.