Good morning. It’s Monday, December 18th. Big holidays are coming up. This will be the last issue of Spotlight until January 8th. Unless something important happens like Facebook acknowledging that passively using social media can negatively affect mental health. Or if Google changes its search engine guidelines.

Or maybe the FCC will vote to let Internet providers decide how fast websites and services can appear on your devices.

Since the FCC, Google, and Facebook already did those things last week, we’re not anticipating any more huge events. But it was a heckuva week!

Google makes far fewer pronouncements about search than you might imagine. Comments they do make are treated as commandments.So when Google announces that they’ve combined two how-to search resources into one search guidelines document and added new sections, every online marketer immediately starts reading.

Google is not kidding about mobile. That should have been clear by now, but your website’s prominence will suffer if your website does not perform as well on mobile as it does on desktop computers. And don’t use a tablet to check. Google says they consider those more of a desktop experience.

Other important changes cover items like “structured data”–which enables Google to parse facts from a web page and display them in search engine results.

The other shocking news from Google was a round of changes to Google for Nonprofits and the Google Grants advertising program that provides charities with up to $10,000 every month in free advertising credit. The changes were big enough for us to immediately start talking with our nonprofit clients after Wednesday’s announcement. One caveat: maintaining a grant will be beyond the scope of most non-marketers after the minimum click rate quintupled. 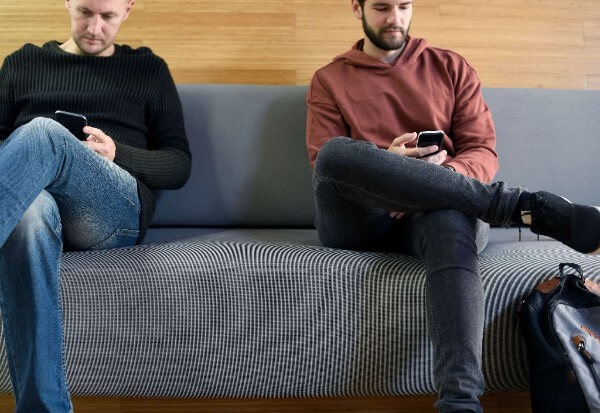 We told you in November about Sean Parker, Facebook’s first president, saying at a conference that Facebook leverages a psychological feedback loop to its users to help fuel growth. Parker said that he would be a “conscientious objector” to social media.

News came out this week about Chamath Palihapitiya, Facebook’s former VP of User Growth, doubling down on that sentiment while speaking at Stanford in November. “I think we have created tools that are ripping apart the social fabric of how society works,” he said. Palihapitiya also says he uses Facebook as little as possible, and his children are not allowed to use it at all.

Facebook immediately countered the 1-2 punch, but by Thursday, the social media giant was acknowledging that “..when people spend a lot of time passively consuming information — reading but not interacting with people — they report feeling worse afterward.”

There is a lot to unpack in Facebook’s posted defense, from multiple videos to footnotes with links and a lot of words. Get the details at the official post.

Veterans, check this out.  LinkedIn is offering vets and active duty military one year of free LinkedIn Premium. The company says it’s a great way to connect for a change in career. Details here.

Google is adding price-tracking features to its travel data. Users will be notified when prices are “higher than normal” based on Google’s tracking of that information.

We wish all of you happy, safe, and healthy celebrations. Spending 2017 with you each Monday morning has been fantastic, and we’re honored to be part of your world.