Meet Thomas Richards.  He’s my  newest, bestest friend.  I can tell you more facts about Thomas than I can tell you about some folks I’ve known for years. 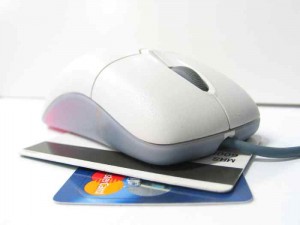 Thomas, which isn’t his real name, is one of the lemmings who jumped on the Blippy bandwagon.  If you don’t know Blippy, the online service gathers your credit card, bank and other payments and publishes them online.

Using collaborative technology, the company allows you to create RSS feeds, invite your friends, follow each other, comment and so on. Think of Blippy as your personal Quicken file pushed to the web and shared with your friends. Now besides being a marketing treasure trove (any affiliate marketer can mine this data from Google or other search engines), the key issue here is privacy.

I’m still shocked at the number of people who insist that Facebook is ruining their privacy yet sign up for services like Blippy.  A year or two ago, I went to the hospital overnight for some tests.  I told three people outside my family.  But if I were a Blippy customer and set up my data feeds a certain way, everyone would’ve known. Let me know what I can tell you about Thomas.

Let’s talk dossier.  I know who he is and in about 10 clicks, found out his life’s history on LinkedIn and a few other sites. Then I used data he published to Blippy to learn:

Look, he’s pushing 500 transactions to the web.  And he used his real name.  And I know his tuition, his taxes, how much he pays on his credit card and all sorts of things.   This isn’t voyeurism.  If I mine his data along with the other public data, I can quickly find offers to sell him and craft offers to him via email, direct mail, Twitter or Facebook.  If the subject is:  Special for [town name] fans of [sport] and [music] and I micro-target 15 of these guys, my conversion rate goes through the roof.

If I automate that, I actually make money. A couple of simple scripts to scrape the public data, bounce it against other public data and I have a database of actual purchase history.  We’re not talking Facebook’s self-identified interests.  We’re talking real transactions.  The mind boggles at what a skilled marketer can do with this information. I love people who do this because they make my job easier, but for the love of all that’s holy to you, stop sharing your locations on Foursquare and Google Latitude, stop sharing your transaction history on sites like Blippy and stop whining about privacy if you’re living life in public.