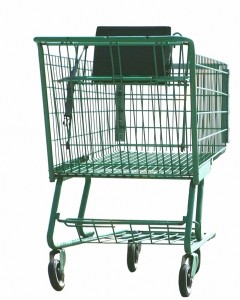 Web measurement company comScore reports that e-commerce grew nine percent in the that quarter just ended, a promising sign for online holiday sales and retail profitability.  The comScore data excludes large purchases like cars and travel and marks the fourth consecutive quarter in which overall spending has increased.

Company officials caution that overall spending doesn’t mean that all sectors of the economy have recovered. comScore Chairman Gian Fulgoni warned retailers to be aware of splits between haves and have-nots.   “Even Americans who do have jobs still aren’t confident enough to spend freely and many are still pained by their loss of wealth since the financial crisis struck in 2008,” he said in a statement.  “That and a higher consumer savings rate leaves less money for spending. Until the economy begins adding jobs at a meaningful rate, the lack of spending power among consumers will continue to be a drag on purchasing.”

But there is also a substantial split among  the millions of Internet e-commerce sites.  comScore reported that the top 25 online retailers accounted for 70% of money spent online, up more than 8% in just one year.  That means the larger companies continue to account for more retail expenditures despite increases in online traffic, sites accepting online payments and overall expenditure growth.

Consumer spending was $32.1 billion for the three months ending October 31. The data seemed to echo a US Commerce Department estimate earlier in the day that reported “the fifth consecutive [monthly] increase in consumer spending, which has been accelerating over the past three quarters…”

Your takeaway as a small business leader is that consumers are spending more and spending more online, even as the largest e-commerce retailers capture more market share.. Remember that all boats rise together and while no one is suggesting that the economy is on solid ground, some sectors are beginning to show growth.