Sorry Seems To Be The Hardest Word

Elton John moaned the lyrics “Sorry seems to be the hardest word” three decades ago.

For many, the word appears to still be difficult.

You likely know about designer Kenneth Cole’s gaffe.  He tweeted from the company’s official account that crowds demonstrating in Cairo had likely gathered because of the company’s fall line.

Kenneth Cole is a smart guy with resources.  He went to law school.  His brother-in-law is the governor of New York.   His company (NYSE:KCP) had revenues of more than $400 million last year.  A simpler message might simply have been “I’m truly sorry.  That post was in poor taste and has been removed.”  Or I’m sorry followed by anything.

In a personal situation, I responded to an FTD.com survey with low marks and an explanation that the flowers were clearly old, looked bad upon delivery and did not last long.  The company thanked me for filling out a survey and wrote “We are sorry you were disappointed…”   The rest was meaningless boilerplate for the situation.  I wasn’t looking for a refund although a smart company might have dropped a coupon on me for a future purchase.  But by sending a token apology at the end of a direct transaction, the company acknowledged that my survey had been coded as “dissatisfied”, yet still failed to own the issue.  Had nothing ever happened, I would have simply assumed that the marketing research folks didn’t pass along my survey.

Your takeaway as a small business owner is to own your company’s mistakes and express regret by starting with a simple apology–“I’m sorry”. You should absolutely elaborate on how you’ll make things better and what happened if that’s appropriate to discuss.  But start with those two simple words and prepare to be amazed at the customer satisfaction that results when you sincerely accept a problem. 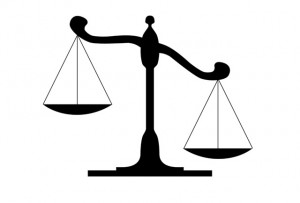 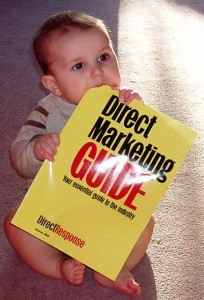 Many small businesses leverage the power of email packages from companies like iContact, Constant Contact and MailChimp.  All have robust messages builders, built-in analytics and subscriber feature sets.

If you’re like me, you receive emails from clients, partners, colleagues and vendors. There is the invariable newsletter, a big sales announcement or notices of upcoming meetings. But most small businesses don’t leverage the functions in those email systems by creating segments.

Almost every business I speak with has a big list that receives the same email once or twice each month. Consider segmenting your customers and sending regular email through the system.

For example, one client has a great data product that has a daily update.  By segmenting the email lists into various customer segments, this company can use the analytics to understand more about their customer behavior.

Other clients can create a newsletter for their customers and easily swap out one or two text blocks for prospects versus customers or non-prospects, non-customers versus those who receive product information. Whether you use Outlook, Gmail or something else, your takeaway as a small business leader is to use your email marketing system’s lists to look at open rates, identify interested prospects and avoid sending that horrible “notify sender when read” message. Segmenting your email addresses is something anyone can do that provides flexibility and tools far beyond your normal email client.